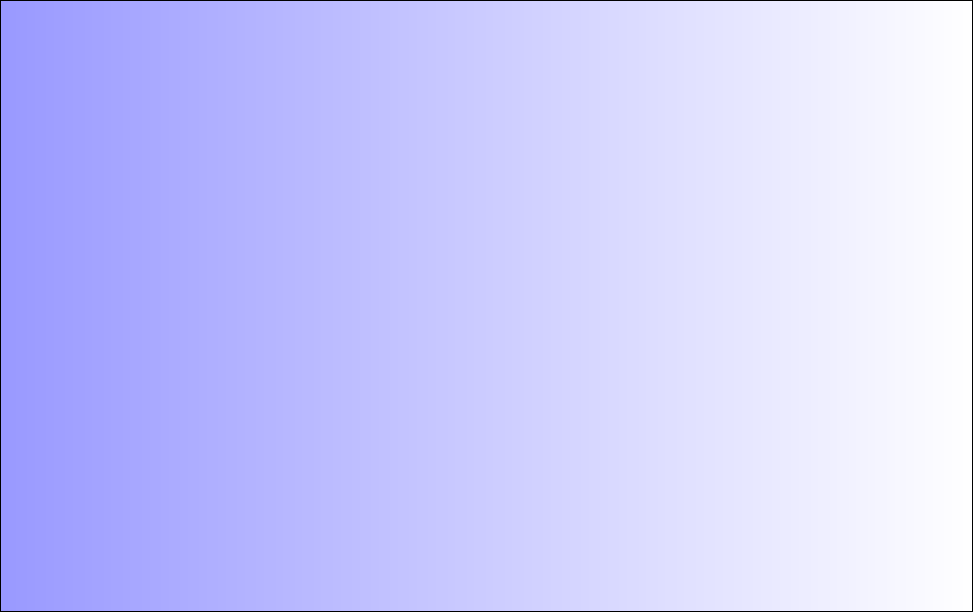 All the demos have been recorded using the stand-alone version of the software with the ‘1965 C3 Model’ tonewheel generator. They are played through the normal Wersi audio system to provide an accurate representation of how these would sound on your instrument. No additional equalisation, reverberation or other effects have been added.

More information on the GSI Genuine Soundware and Instruments virtual tonewheel organ is available at:

The first demo highlights the VB3’s Leslie Speaker in both Chorale and Tremolo modes in this classic song by Procol Harum, and features the original Hammond Organ arrangement used by the group’s organist Mathew Fisher. The melody for the song is played by the strings of the Albion One orchestral library from Spitfire Audio. The accompaniment is provided by a customised style comprising a specially composed drum pattern from the OAS accompaniment unit and a guitar rhythm from the OAS Rhythm Designer .

The virtual instrument can be played exactly like the actual instrument either live or by using presets. In addition, some extra features that were not present on the original instrument are also available. A string bass with adjustable release time is provided on the pedals, and both manuals have a sustain function, activated by either an expression pedal footswitch or a toe piston. This will hold and sustain any notes played when the keys are released. A Leslie Speaker speed select switch can also be programmed into the footswitches and/or toe pistons thereby enabling a quick and convenient transition between Chorale and Tremolo modes. A keyboard split function with adjustable split point is provided to enable both VB3 manuals to be played on the same Wersi keyboard, either upper or lower. This frees up the other Wersi keyboard for use with other OAS/X sounds. Alternatively, the normal Wersi keyboard split feature can be utilised to place either of the VB3 manuals on either side of the split.

The implementation of the VB3 on a Wersi HD Series organ includes four special features. Firstly, if running the software in a VST/AU host then all the facilities of the host can be utilised including the equalisation and effects units. This enables the tonal qualities of the sound to be further processed if required. Secondly, a number of instances of VB3 can be run simultaneously if required thereby enabling multiple drawbar sounds to be layered together. Thirdly, running the VB3 on a separate processor enables its sounds to be combined with any of the other OAS/X sounds on the instrument, including those sounds from the other drawbar units.  Fourthly, any preset saved in VB3 can be mapped to a Wersi Total Preset thereby enabling an entire VB3 configuration to be selected easily and quickly.

The VB3-II organ is a virtual tonewheel organ that simulates the legendary Hammond organs of days gone by played by many of the famous bands of the sixties and seventies. Unlike other similar products, the VB3 doesn’t produce its sounds from samples. It employs real-time mathematical modelling to authentically reproduce the sine wave signals coming from the 91 tonewheels of the actual instrument. The VB3 can also reproduce the famous key click effect by simulating the delay between closing the 9 contacts attached to each key of the instrument. Other features provided include an accurately modelled vibrato/chorus scanner, adjustable vibrato/chorus depth, adjustable percussion decay time and level, an amplifier overdrive feature, the original iconic spring reverberation unit, and a digital stereo reverberation unit. Twenty two individual tonewheel generators are included to emulate a selection of B3, C3, A100, A101, A102 and A105 instruments dating from 1956 to 1973. 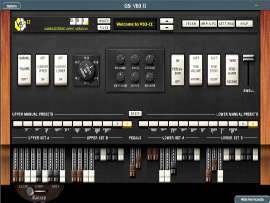 The VB3 model employs all the features of the original instrument including a set of drawbars for the pedals, two sets of drawbars for each of the upper and lower manuals, and adjustable controls for the amplifier, Leslie Speaker, percussion, vibrato and chorus, reverberation, tone, volume and pedal sustain. A sustain facility is also available for both manuals. A set of 9 configurable drawbar presets is also provided for each manual, selected in the original instrument by reverse coloured keys at the lower end of each manual. The VB3 enables these preset keys to be assigned to the bottom octave of each Wersi manual. A further two of these keys can switch between the two sets of manual drawbars. A drawbar trim facility enables fine adjustment to be made to the amplitude of any of the drawbar harmonics, and a generator shape parameter provides a further amplitude boost or attenuation at various points along the keyboard. An entire configuration for the organ including all the drawbar settings and associated controls can be stored and recalled as presets. 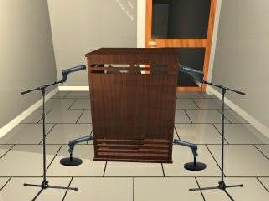 The VB3 software is available for both Windows and Mac systems and is supplied either as a 64 bit VST2/VST3/AU plug-in or as a 64 bit stand-alone version.  The VST/AU versions will require a suitable VST/AU host to be installed on the system, the stand-alone version can be run directly from the operating system. The software provides a total of 128 presets, 64 are factory settings and 64 can be programmed by the user. These presets can be selected by the Program Change numbers contained in the Wersi external MIDI sounds. So by placing an external MIDI sound in the upper manual, the lower manual and the pedals of a Total Preset, we can have an entire VB3 configuration selected when the Total Preset is activated. The software also recognises all the relevant Wersi external MIDI Continuous Controllers, including Expression Pedal, Octave Shift, Transposer, Volume and Rotor Speed.

The third demo illustrates how the VB3 drawbar sounds can be combined with any of the other organ sounds. We use a variety of orchestral sounds from the OAS sound database and a style from the Open Art Arranger.